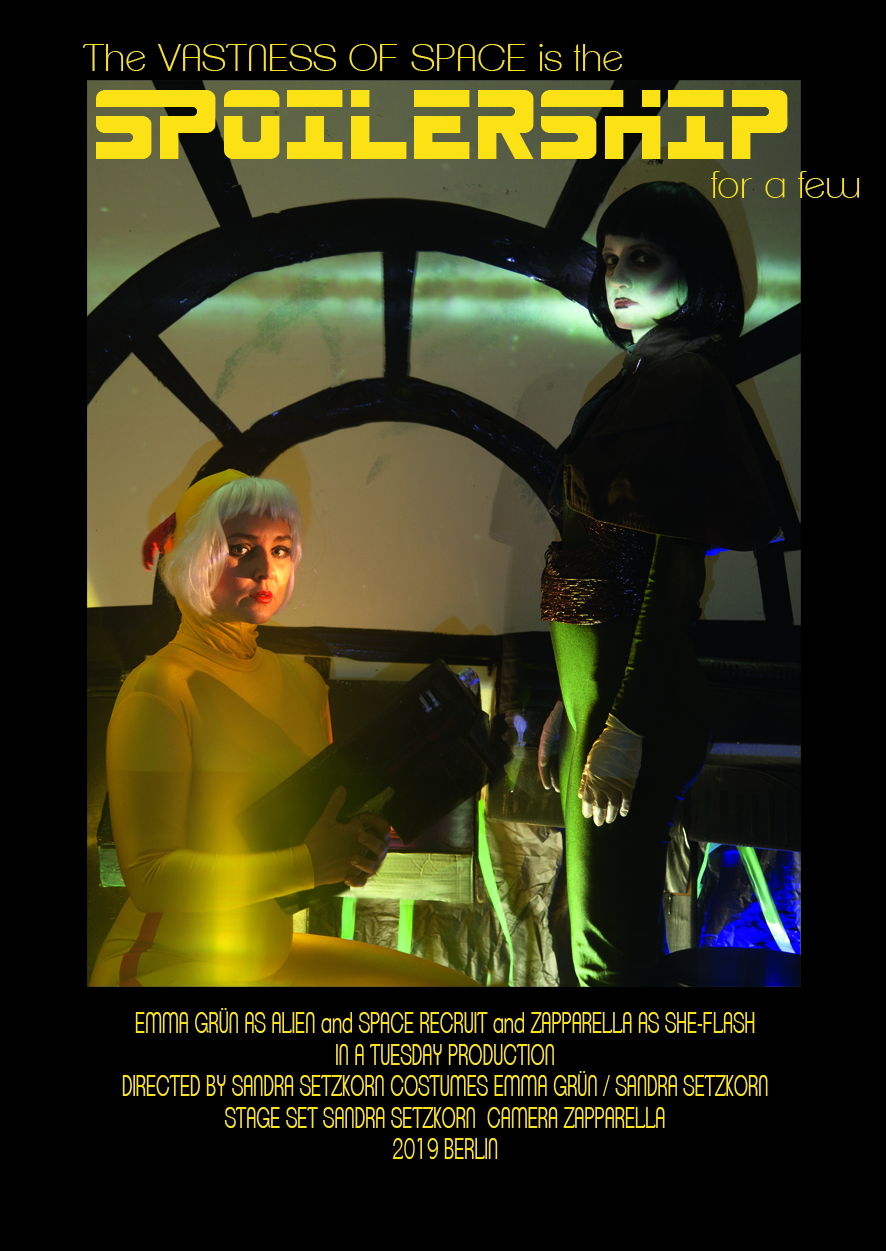 The collaboration of the two multidisciplinary artists, Sandra Setzkorn and Emma Grün began in September 2019 with their first joint performance in the new project space „Spoiler“ in Berlin-Moabit. In this performance the two artists produced a live soundtrack to their silent film video „The Spoilership – The Vastness of Space is the Spoilership for a few“, which was created especially for the exhibition „Out of Off“. In an oppressive atmosphere in the cockpit of a spaceship, two rival astronauts get into a conflict. The mood changes, an alien is born, there is a murder. The contracting opponents in the spaceship, which races through the silence of the space of the apocalyptic SciFi story, are portrayed by the artists themselves in the video, while they also accompany the drama live on electric guitar and drums with an intense atmospheric soundtrack.